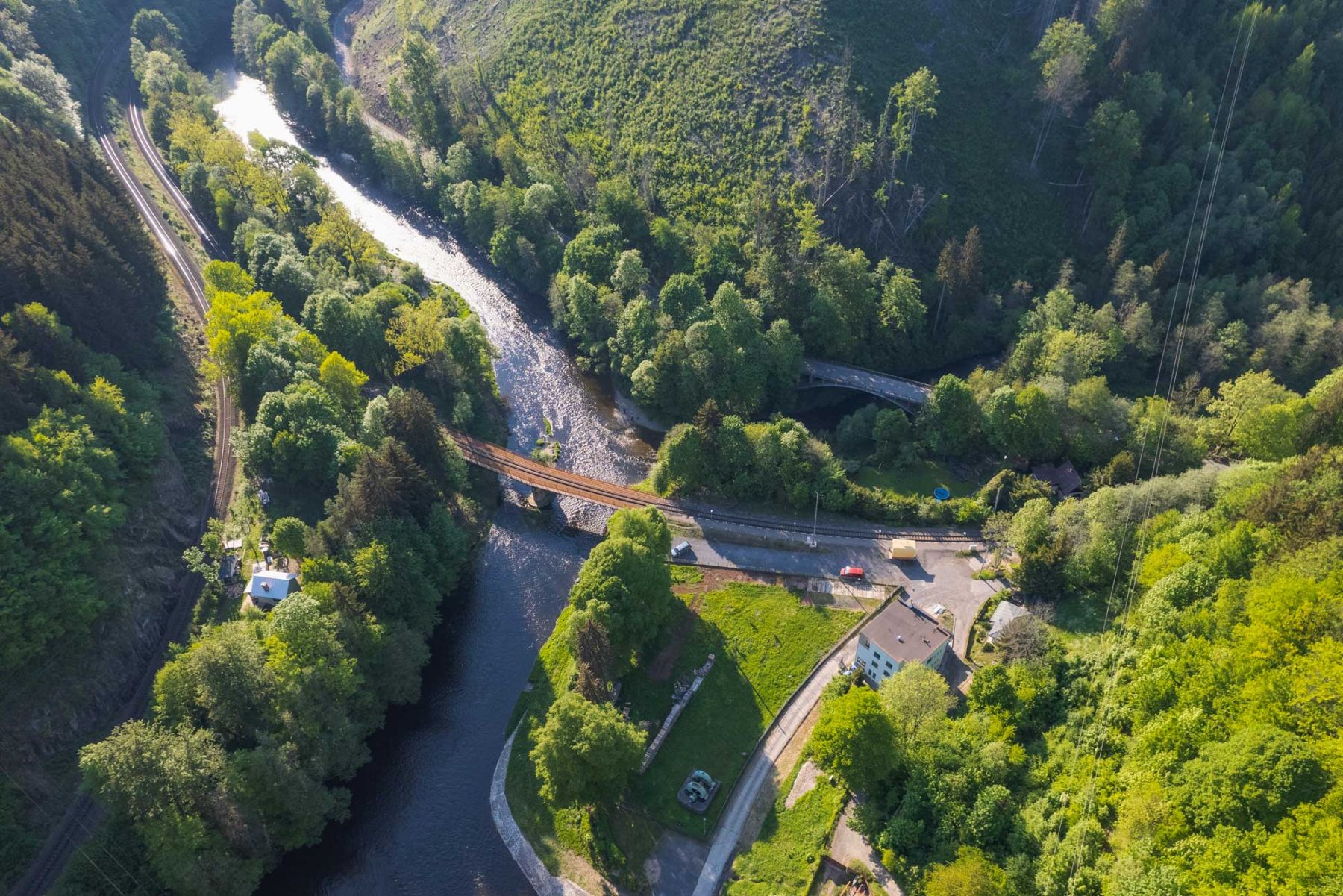 The Bohemian paradise, in which the hotel is located, offers a huge number of attractive tourist destinations. Here are the tips on a few of them that are close and which you should see!

Near the hotel, there is a small hydroelectric station, which is a part of Rieger's Trail. The building was built in the 1920s in the art nouveau style. The premises of the station can be viewed by a prior arrangement by telephone.

The Rieger's Trail leads through the Jizera valley from Semily to Spálov. One of the most interesting places is a 77-meter-long hanging gallery located six meters above the surface of the Jizera river. The trail is 5 kilometers long and along the way, you will also find several viewpoints.

The Palacký's Trail takes you through the valley of the Kamenice river. The route begins at the confluence of the Jizera and Kamenice rivers and leads to Tanvald (the total length is approximately 20 kilometers). There are many places worth your visits, such as Bozkov caves or the Navarov castle.

You can take a canoe trip from Spálov down the Jizera river to a beautiful village called Malá Skála or Dolánky. However, the routes are more demanding and due to their length and the number of weirs are better planned for a whole day. You can return to the hotel by train.

We highly recommend sailing the Jizera from Spálov at higher water levels!

If you are an outdoor sports enthusiast, you definitely shouldn't miss this place! The very first Czech via Ferrata is accessible to the public and is secured by a steel rope exactly as you can know it from Austria or Italy. the Ferrata leads above the valley of the Jizera river, so you can enjoy the beautiful scenery during your climbing.

The Bozkov dolomite caves have been a national natural monument since 1999 and are located near the Bozkov village. They are also considered the largest cave system in northeastern Bohemia. The caves consist of a series of corridors and lakes in the flooded parts.

Church of the Holy Trinity in Bzí

The baroque church can be found high above the right bank of the Jizera river. it was created between the years 1692 and 1697 as a replacement for the original wooden building. Its bell is from the year 1583 and was preserved from the original building.

The pearl of the Bohemian Paradise, as Malá Skála is also called, is located in the valley of the Jizera river and is a popular starting point for many trips throughout the Bohemian Paradise. From this beautiful place you can go to the ruins of the Frýdštejn castle, Vranov and the Pantheon, Suché skály, a rock city called Drábovna or Besedické skály, where you can visit the rock maze Kalich-Chléviště. On the central parking lot, you will find the Maloskalsko info center, where they will certainly be happy to give you advice.

You can find this rock maze about 1,5 kilometers from Malá Siála near the Besedice village. You can find all sorts of rock formations such as the Turtle, Bear, and Hippo. In the middle of the ravine, there is a shrine with a symbolic prayer room of the Unity of the Brethren.

The highest hill of the Bohemian Paradise stands 744 meters above sea level. On its very top, you can find a lookout tower with a breathtaking view of Bohemian Paradise. For many centuries, the hill itself was sought after as a site of precious stones. Today it is a popular place for paragliding and a favorite place for cyclists and tourists who enjoy the unique views this place offers. 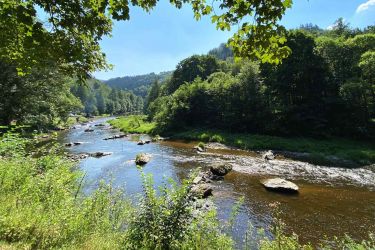 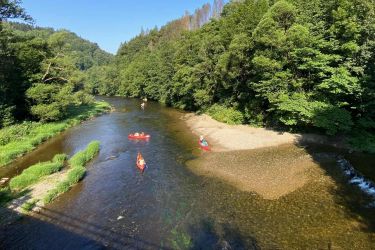 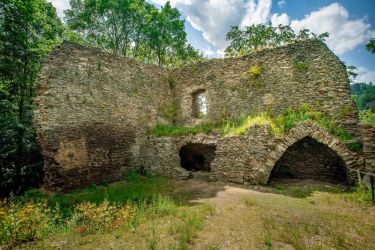 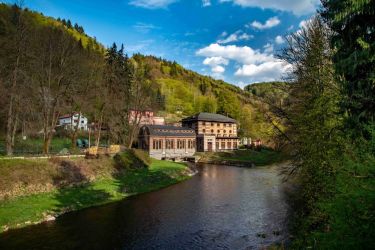 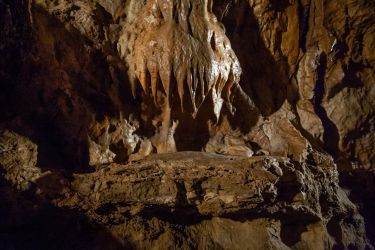 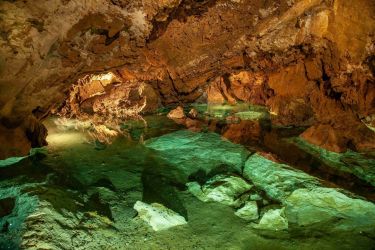 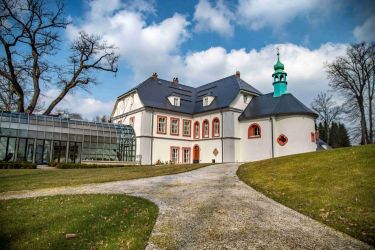 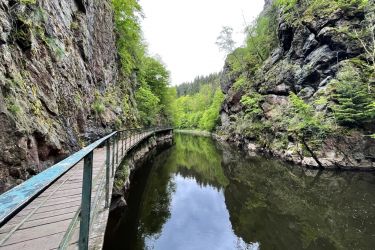 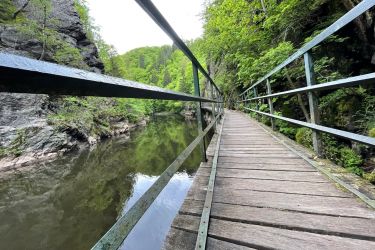 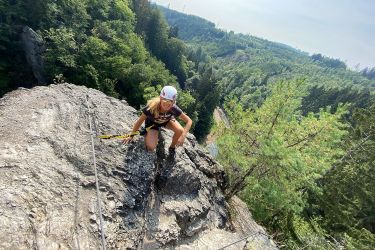 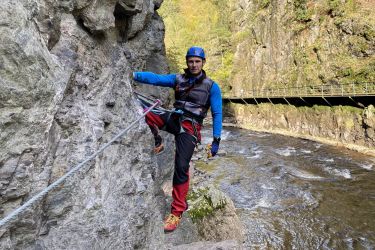 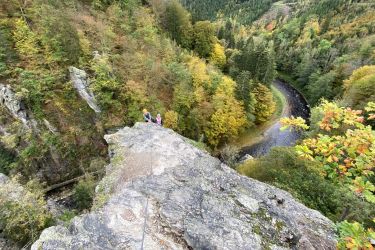 After the high season (november-april) the restaurant is open only for hotel guests.

Thank you for your understanding and we look forward to seeing you in the spring!